Posted at 14:17h in Webinars by Webmaster 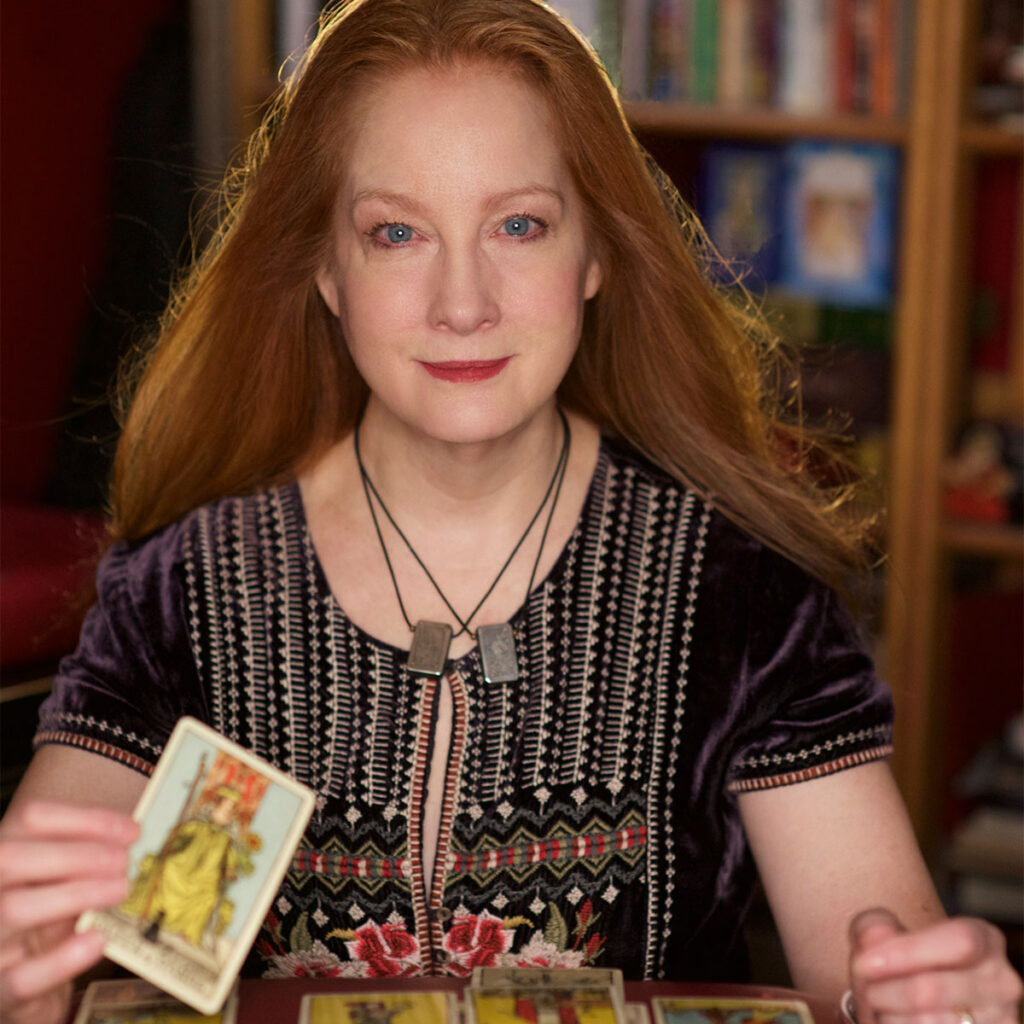 A Comparison of Ancestral Archetypes

Which Tarot cards speak your ancestral language? The Reflective Tarot Webinar by Susan Wands, will compare the first tarot images to decks throughout the ages, ending with contemporary decks. By means of a lecture, exercise and Q&A, we will contrast different decks and investigate what “language” they speak.

During the one-hour lecture, we will compare the14th century Sforza/Visconti tarot to decks throughout the ages, including the Goddess, Apokalypsis, Arthurian, Waite Smith, Thoth, Dark Woods, Hoodoo and Pride Tarot decks. Does the Jewish Merkabah mysticism of the Magician in the Apokalypsis deck appeal to you? Or is it the Magnus in the Thoth deck that strikes a chord? Will the journey into the dark wood of the Shadow-self, explored in the Dark Wood Tarot, bring meaning into your reading? Or is it the Hoodoo Tarot with its rootworkers that brings clarity? And how do the Jungian elements of the Waite Smith deck compare with the Pride Tarot deck?

In the following one-hour exercise session, we’ll investigate the cultural differences and mythic resonance of the archetypes of the Magician, Strength, and Lovers tarot cards, among others. The participants can compare decks’ cultures and myths, and identify their own ancestral archetypes.

In the last one-hour session, the audience can participate in a Q&A as we demonstrate the cards’ distinct interpretations and the contrasting backstories. We’ll present questions and see the difference in what the varying cards’ “say.”

Join us for the Reflective Tarot lecture, exercise and Q&A, as we test drive tarot decks from across the ages, comparing eight different decks to what is considered the first deck, the Sforza/Visconti tarot of the Italian Renaissance. Come discover which tarot deck might speak your language.

Susan Wands is a writer, tarot reader, and actor. A co-chair with the NYC Chapter of the Historical Novel Society, she helps produce monthly online book launches and author panels. In London, she has lectured at Watkins Books for their Recorded Authors series, and at Atlantis Books, also traveling to present at the Occulture Berlin Festival. Ms. Wands’ writings have appeared in Kindred Spirits magazine, and The Irving Society journal, FIRST KNIGHT. Some of her podcast interviews include: ‘Biddy Tarot’, ‘Imaginary Worlds’, ‘Bad Ass Bitches Tarot’ and the ‘Spirited Tarot’ YouTube channel. Her first book in a series, Magician and Fool, Book One, Arcana Oracle Series will be out in 2021, is based on Pamela Colman Smith, creator of the best-selling tarot, the Waite Smith deck. High Priestess and Empress, and Emperor and Hierophant, the next two books in the series, are in final edits.


We use cookies on our website to give you the most relevant experience by remembering your preferences and repeat visits. By clicking “Accept”, you consent to the use of ALL the cookies.
Read MoreACCEPT
Manage consent

This website uses cookies to improve your experience while you navigate through the website. Out of these, the cookies that are categorized as necessary are stored on your browser as they are essential for the working of basic functionalities of the website. We also use third-party cookies that help us analyze and understand how you use this website. These cookies will be stored in your browser only with your consent. You also have the option to opt-out of these cookies. But opting out of some of these cookies may affect your browsing experience.
Necessary Always Enabled
Necessary cookies are absolutely essential for the website to function properly. This category only includes cookies that ensures basic functionalities and security features of the website. These cookies do not store any personal information.
Non-necessary
Any cookies that may not be particularly necessary for the website to function and is used specifically to collect user personal data via analytics, ads, other embedded contents are termed as non-necessary cookies. It is mandatory to procure user consent prior to running these cookies on your website.
SAVE & ACCEPT